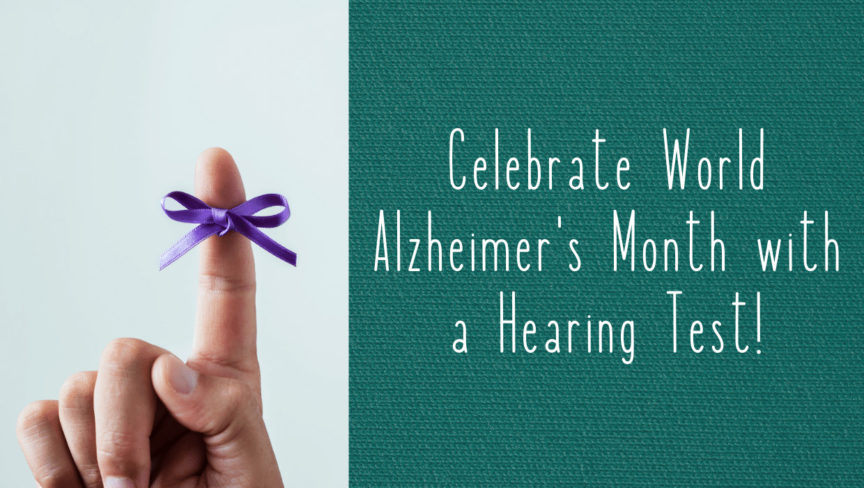 September is World Alzheimer’s Month! Launched in 2012, this month centers on raising global awareness about dementia. Dementia is an umbrella term for numerous medical conditions that cause cognitive decline. This results in a reduced ability to make decisions, remember, concentrate, problem solve etc. which limits a person’s capacity to navigate daily life independently. You may have heard of at least one type of dementia – Parkinson’s, Huntington’s, Lewy body, vascular, and Alzheimer’s. Alzheimer’s is the most common form, accounting for 60-80% of all dementia that people experience. According to the Alzheimer’s Association, nearly 6 million people in the U.S. have Alzheimer’s, a number that is expected to more than double by 2050 (to 13.8 million).

Currently there is no cure for Alzheimer’s which has an average life span of 4 to 8 years after diagnosis. There is significant emphasis on finding ways to prevent or delay the development of Alzheimer’s. Research has shown that addressing hearing loss can reduce the risk of cognitive decline.

Hearing loss is the third most common chronic medical condition that older adults experience. Impacting over 40 million people in the U.S., impaired hearing is a public health epidemic. It can be caused by a range of factors including:

Hearing loss typically occurs gradually over time which is why it is often overlooked for quite some time. It is important to be aware of the symptoms which include the following:

These symptoms can be mild to severe and take a toll on communication. Strained communication impacts job performance, relationships, and well-being. Untreated hearing loss can exacerbate these symptoms and also contribute to other medical conditions including Alzheimer’s.

Extensive research has established a significant correlation between Alzheimer’s and hearing loss. Sharing a few similarities, both conditions:

Get Your Hearing Tested

Early detection and treatment of hearing loss can profoundly improve your health. The first step is to schedule an appointment for a hearing test with our team. Hearing tests are a painless way of measuring your hearing ability in both ears. Fortunately, there are effective ways that hearing loss is treated which can potentially help to reduce your risk of developing Alzheimer’s disease!