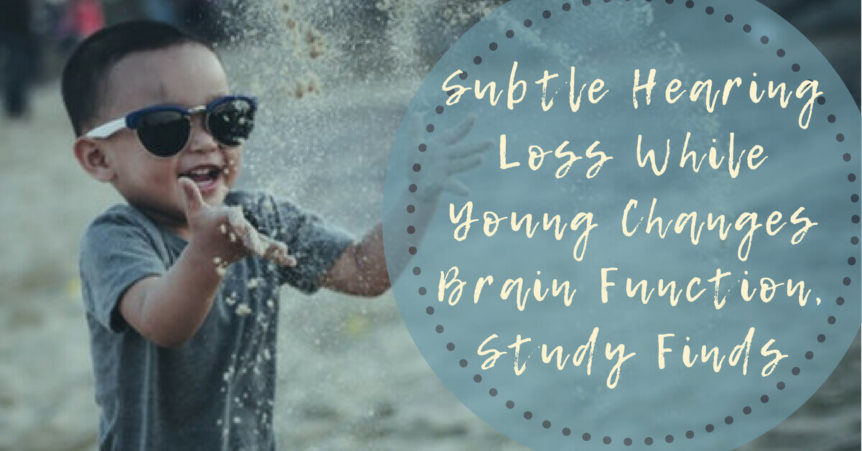 Subtle hearing loss is that which these teens might not yet be aware of, as in, it isn’t affecting their daily lives to the extent in which they’d even notice it. This age group is too young to have age-related hearing loss, which is when the delicate cells of the inner ear responsible for receiving sound information begin to deteriorate due to the natural aging process. Instead, the damage is likely due to noise-induced hearing loss, when too loud noises damage those same extremely sensitive cells of the inner ear to the point where hearing loss occurs.

The WHO estimates that some 1.1 billion teenagers and young adults are at risk of hearing loss due to the misuse of personal audio devices. They are listening at dangerous levels and for long durations of time. This is the very definition of noise-induced hearing loss: dangerous sound exposure over long periods of time. Typically, it is a condition associated with particularly noisy professions, such as manufacturing or agriculture.

Early signs of hearing loss can be confusing, too, because of the subtle ways it presents itself. We might expect hearing loss to clearly arrive, lowering all perception of volume. Instead, frequencies at the high and low end of the spectrum are the first to go. This affects our ability to comprehend language, so that it might seem as though people are mumbling or not annunciating their words, when in fact it is hearing loss at play.

The results are in

This particular study intended to examine brain activity and sentence complexity. Instead, the research team identified a much more serious conclusion looming. Some participants hearing, tested prior to the onset of the study to ensure that hearing loss didn’t affect the results, showed hearing loss subtle enough to not influence the results.

Surprisingly, the participants with minor hearing deficits that showed brain activity in both hemispheres of the brain when processing complex sentence structures. This is quite unusual within that age group, we tend to only process language in our left hemisphere until we are around 50 years old.

While it’s alarming to speculate that more young people than ever might experience a decline in hearing health much earlier than generations before them, it is the long-term impact that is downright frightening. Hearing loss, particularly undiagnosed and untreated, is also linked to higher rates of depression. Isolation resulting from increased difficulty in communicating can negatively impact relationship quality with friends and family.

But there has also been much research to support the theory that hearing loss also greatly increases the risk of dementia. This is because so much of what we perceive as hearing happens not in the ear, but in the brain. Noise information travels along the auditory nerve almost instantaneously, to be processed into what we perceive as hearing. If that healthy function is stalled or interrupted, the brain might begin to reorganize itself, thereby affecting the way we process memory, as well.

There’s no time like the present to protect your hearing. It’s not just the youth who are at fault in misuse of personal audio devices. We’re plugged in like never before. And easing the volume up is a seductive trap. Over time, we can do almost indistinct damage. But, it all adds up! Take note of where your volumes are on all your well-used devices, including your car audio. Take it down a couple notches and see if you can’t adjust to a healthier volume setting.

Of course, most hearing loss is irreversible. In order to preserve brain function, schedule time with us at Better Hearing Center to see what type of hearing loss intervention will work for you. If you move quickly, you can intercept hearing loss before it does real cognitive damage.