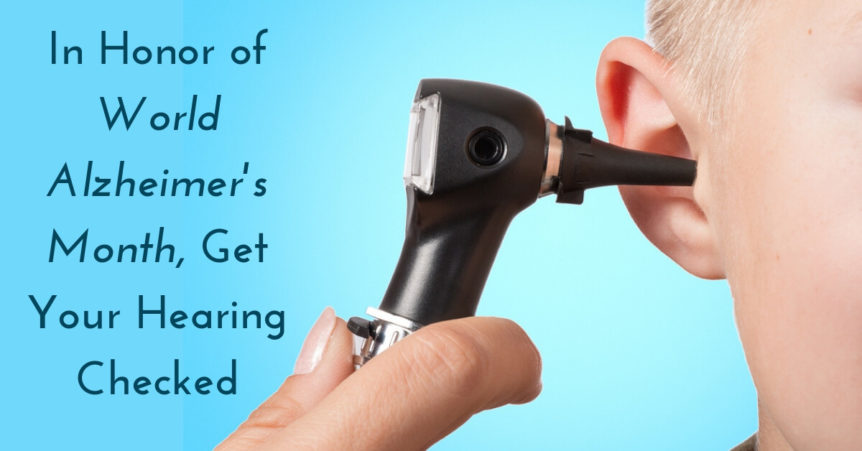 It was the news that hit 58-year-old British man Peter Lyttle like a train. “You have vascular dementia,” explained the doctor. He then said that Peter would be lucky to live for another 5 years. Now Peter is on a quest to raise awareness about dementia and Alzheimer’s, in honor of World Alzheimer’s month.

This is a problem that is increasing in the Western world, including the United States. It is the 6th leading cause of death in the US. It claims more lives than breast cancer and prostate cancer combined. But funding for dementia and Alzheimer’s disease is only a fraction of what cancer receives.

Dementia is what we call different brain disorders which have an adverse effect on brain function. Symptoms include memory loss, language difficulties and changes in personality. Scientists have as yet been unable to find a cure for it, so we can only manage it the best we can when it is found. Alzheimer’s is by far the most common form of dementia, which is why the terms dementia and Alzheimer’s are incorrectly used almost interchangeably.

The immediate causes of Alzheimer’s are unknown but we know some things about the process of the disease forming in the brain. Plaques and tangles are usually found in the brains of Alzheimer’s sufferers. They are clusters and tangles of various proteins which is what scientists believe causes the disease. Genetic factors make some more predisposed to the disease than others. Other factors are modifiable and constitute a significant part of the risk.

Link between hearing loss and dementia

One influential study was conducted by Professor Helene Amieva in France. She looked at 3,777 people aged over 65 in a longitudinal study of 25 years. Two thirds of these had hearing problems and 2,290 reported no hearing loss, so they were the control group. The researchers found an increase in dementia risk if the participant had hearing loss and in men only, an increased risk of depression. Those who were using hearing aids were not subject to this risk.

It’s clear to see that hearing aids may have an effect. But on which risk factors might hearing aids be the most useful in mitigating? It must be stressed that there’s no sure way to prevent dementia, but there are things you can do that might help. it might be beneficial to do the following:

Doing mentally stimulating activities like puzzles and brain training might delay dementia and decrease its worst effects. Talking to others will also keep areas of the brain active. Untreated hearing loss can affect the brain’s ability to remember common sounds as they are not being used as often. Hearing aids can keep these bonds strong and keep your mind active as you are more likely to speak and understand conversations.

If you are active and walk for 30 minutes a day, you might reduce the risk of dementia and also reduce the severity of its symptoms. If you have hearing loss, hearing aids help you keep up this active lifestyle. There are now models which are sweat and dust resistant, and are able to withstand any adventure you might face.

Scientists also say that people who have low levels of vitamin D in the bloodstream stand a higher chance of getting Alzheimer’s and other types of dementia. It stands to reason that if you are leading an active lifestyle, you are more likely to get the sunlight you require to replenish your vitamin D levels.

Hearing aids could do a lot to help prevent problems further down the line. But On average, it takes 10 years for people with hearing loss to finally do something about it. A lot of people try and wait for the problem to go away, but like Alzheimer’s itself, it rarely does. World Alzheimer’s month reminds us that it is better to act now or risk facing consequences later on in life.