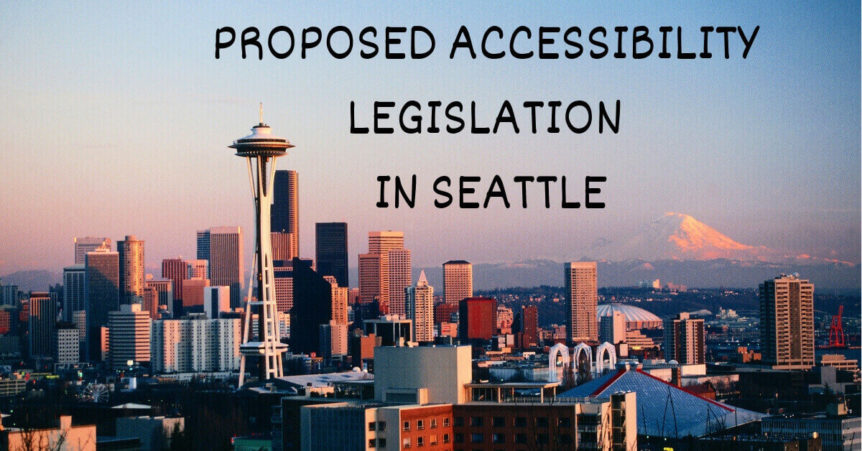 The next time you catch a game at a sports bar in Seattle, Washington, you might just notice something slightly different. Businesses there with TVs are now required to turn on closed-captioning, as part of a recent law passed by the Seattle City Council.

In what is seen as a major victory for the Deaf and hard of hearing communities, public places like hotels, sports bars, and even large arenas like stadiums must display closed-captioning. There is even a specific size, color and font it must adhere to: the subtitles should be sized at 24-points in white text on a black background and must be in one of five fonts: Arial, Calibri, Helvetica, Tahoma, or Verdana.

Although it may seem like a huge coup for accessibility campaigners, closed-captioning is merely an updated interpretation of existing federal legislation. The Americans with Disabilities Act, Title III states that all businesses open to the public, no matter how big or small, must be accessible. Due to this piece of legislation, businesses were previously only required by law to turn on captions if somebody asked them to. But it this bill, the responsibility to provide closed-captioning on TVs rests squarely with the business itself. Those who need closed-captioning no longer need to ask for it – it must now be provided as standard.

The legislation was demanded by the Seattle Commission for People with disabilities. According tothe co-chair, Eric Scheir, this ruling has benefits for everyone.

He also sees benefits for those who many not even have a disability. “Other benefits of closed-captioning includes access for non-native speakers, viewers in sound-sensitive or noisy environments, and programming where dialog is heavily accented, mumbled, or obscured,” he says. Anyone who has spent time in a noisy bar or restaurant will understand where he is coming from.

Part of a growing trend

This recent victory in Seattle means the city joins a trail blazed by cities like Ann Arbor, Mich., and San Francisco in making closed-captioning mandatory in public places. Meanwhile, the battle for increased access to closed-captioning services continues to be fought in other areas of public life across the country.

Two hearing-impaired people from Bellevue and Edmonds are currently in the middle of a class-action lawsuit against three major movie theater chains over a lack of closed-captioning. They allege that Fathom Events, who owns three large, national theater chains, fails to offer closed-captioning, making it impossible for the hearing impaired to watch movies at any of their theaters.

There is also a push for education to be made more accessible via closed-captioning in the form of two lawsuits bytheNational Association of the Deaf against Harvard University and the Massachusetts Institute of Technology. In 2015, NAD accused the two schools of not captioning their massive open online courses, guest lectures and other video content. Some of the videos were captioned but deaf users commented that the captioning was so bad that it was more less inaccessible.

Although the latest victory in Seattle is an encouraging development, the two lawsuits mentioned show that there is still a lot to do when it comes to making publicly available sources of media easier to consume for the deaf and hard of hearing.

Have you experienced changes in your hearing? Have you noticed that sounds in loud spaces are not as easy to make out as once before? At Better Hearing Center, we provide comprehensive hearing health services, from hearing tests to hearing aid fittings. Contact us today to learn more.